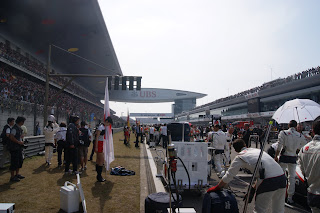 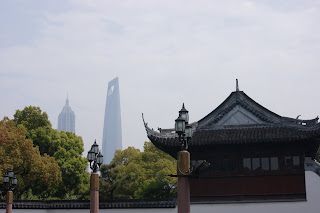 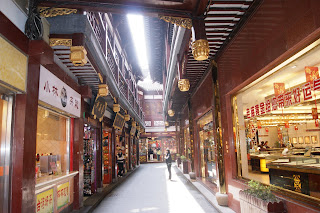 Belated China blog...
To my surprise, perhaps in hindsight not such a surprise...my website and blog was blocked in China, pretty much all social networking in China is still blocked...I thought perhaps it was due to me being more of a subversive artist!...visual codes hidden within my butterflies and street lanterns!!
Short 5 hour flight from Kuala Lumpur to Shanghai and same time zone.
At the baggage carousel with Jenson Button behind me waiting for his luggage...another Shanghai surprise, my suitcase arrived before his...so much for 1st class priority!
Hundreds of screaming girls waiting for Button to emerge..quite surreal.
There was a girl holding a sign with my name  amongst these frenzied Chinese girls, a car was waiting for me to take me to the hotel,  infact I had cars and drivers ferrying me throughout the week...foreigners aren't allowed to hire cars in China.
The journey to the hotel took 45 mins, there is a train from the Airport to the city...the fastest in the world, journey time 7 mins  20 seconds!
Spectacular circuit, towering stands with bright multi-coloured seats apparently to give a visual impression of seated people..clever.
On the Thursday afternoon after meeting the promoters of the race and CEO, I was able to walk the circuit, I must say this is such a treat, television can often 'flattern' a circuit...the amount of humps and hollows really surprised me...more respect for the drivers being tossed around the cockpit.
The CEO wrote his piece for the artwork on the Saturday...my meetings with him were photographed, then I was photographed.. photographing him! Such great hospitality was afforded me by the event management, the CEO and his staff.
It was impossible to penetrate the bureaucratic layers of local government to get to the vice mayor of Shanghai, she awarded the trophy on the Podium. But they did say this could be done retrospectively.
The Paddock layout was extremely impressive although speaking to some of the teams they felt it was too long and wide..can't please everyone!
The teams bases were built on stilts in a purpose built lake...the water wasn't moving...very still...wouldn't fancy dipping my toes in there!
There was a great feeling of anticipation I could sense in the Paddock with the new changes creating more possibilities for overtaking, also I feel the teams are wanting to see how the Pirelli tyres work in the rain...I wonder what the odds are are going through the whole season without rain!...worth a flutter....
We stayed in the Shanghai Sheraton..very nice hotel indeed!...huge 20 ft paintings in the lobby..very impressed by that.
Friday was spent in the City with a Tour guide and driver..he gave me with loads of facts...24 million people in Shanghai!....4 million cars....think we were stuck behind most of them!...too many cars..
A very modern City, most buildings have been built within the last 20 years, many great skyscrapers one in particular which was the tallest in the world until Dubai came in the equation. The architect is Japanese and my guide told  that the original design was to place a huge ball on top....but was changed before construction because apparently during sunsets the top of the building would resemble a Japanese flag!.....
A big British influence in early construction too, I was taken to some old temples...beautiful...great pictures....great juxtapositions of old and new.
It was quite a challenge taking pictures without people in shot!...
The qualifying was a good day, I spent a lot of time around the circuit village with the fans...very dedicated followers...love their flags!!   Lots of tickets touts..which surprised me being in China.
Race Day.
An amazing opening ceremony..it was like a mini Olympic opening ceremony....colourful dancers leaping out of huge circular floats...gymnastic manoeuvres..twirling ribbons.....
Managed to get onto the grid early again, beginning to feel more comfortable negotiating my way around the grid ...there ware a lot of people, press and TV waiting for Hamilton to appear, took some good pics of his mechanics speedily pushing his car to his slot with seconds to spare.
The race certainly didn't disappoint, managed to climb to the top of the Grandstand ..a good vantage point.
Rushed down just before the end to grab a spot below the Podium...another battle with the press-pack!..
'He who Dares Wins'...this must be the paparazzii motto!
.I'm making good progress with the 3 paintings to date ..2 weeks break has given me good time to crack on in the studio
Turkey next race...can't wait!
Posted by Formula 1 official artist at 09:42