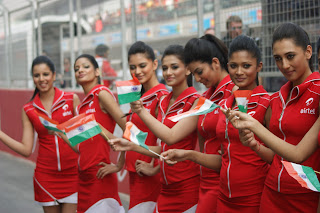 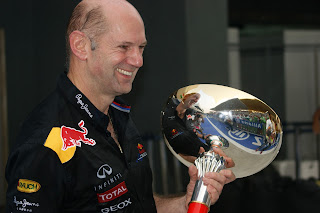 A great sense of anticipation in the paddock ....don't think there were many people who felt that the track was a disappointment, quite the opposite...fantastic challenge for the teams and drivers.

I got to the track a little later to photograph the beautiful Elephants positioned outside the hotel...I heard that talk was given about incorporating some elephants during the opening ceremony....but it was felt that because the grid surface was new, damage would be caused!...not least the massive droppings!. In this instance one would know which the dirty side of the track was!!

The Metallica concert didn't happen due to a riot!..I was all ready to go with some of the guys and be a guest at the backstage party...but not to be...not sure the exact reason but I believe there were some problems with the band and promoters, so they decided to postpone the concert until the following day, announced this to the audience who were not amused...some had travelled vast distances and paid a lot of Rupees...that was when they wrecked the stage!...can’t imaging Indians doing this, seem very docile.

Apparently the stage was too damaged for the following night’s concert!....disaster.....

The temperature was getting hotter over 30 degrees and always very hazy in the mornings, not sure if it's pollution or just this time of the year, but thankfully most of it cleared by qualifying which started at 2pm, I watched it in the promoters hospitality. Just before the CEO and his brother the Chairman wrote their pieces for the artwork.

So much activity in the paddock after quali...it's so nice now I can speak to so many different people. A real community within the confines of the paddock.

I walked over to the FansZone behind the main grandstand...very disappointing number of fans...there seemed to be more food outlets then I’ve seen at any other race!...a number of things caught my eye though...firstly a huge information sign stating First aid to the left ...lost and found to the right. And below that. Interrogation room to the left!!!...what's that all about!

Just along from that was parked a van...written on the side Mobile food testing unit!...what a job that is..must have pretty good stomach linings.

I suppose it will take a number of years..these fans don’t really know F1 too well..and also the tickets are expensive ..So the middle classes are the only section of society that can afford them.

There was a great piece on the news about a real life Slumdog winner of Who wants to be a millionaire..a humble. Extremely poor guy with nothing to his name. No TV, he watched a previous edition with some friends and answered all the questions so they put him forward ....and he duly won the top prize.

There were a bangra band playing and dancing in the paddock after quali and the press interviews...great to see even caught sight Richard Branson shaking his leg...team members photographing the display...so nice..there should be more activity like this in the paddock.

Sat night around the hotel resort..lots of activity..market stalls were set up ..bands playing a curious combination of Indian and western rock. As I walked through down the parade of booths I was nabbed by this very colourful women who must of just had a dip in a tub full of perfume!...She obviously knew I was from Formula 1, still had my pass around my neck....after telling her I was the F1 artist...she insisted on showing me everything...clothes...paintings...jewellery...saying all the time..'Bring Bernie and his wife...they will love this....they must see this...please go and get Bernie...please...he must see....his wife will buy...she's not doing much!'

Managed to wriggle out of the grip!... they all see this as their one opportunity to make a lot of money.

Finally the grandstand were filling , during the drivers parade the crowds were very vocal...but when they caught a glimpse of A huge Bollywood star they all went ballistic!....forget Vettel and Shumacher....

No ceremony on the track before the race, I thought there would be, also disappointed that the grid girls were not wearing traditional dress....sponsors dictate these days what they wear...all very beautiful though!

Noticed Mr Bean shaking hands with cricketer and God here  Sachin Tendulkar...great sight.. Saw one Bollywood star ..the biggest it seems ...made over 400 films...dressed like John Travolta in Sat night fever....including the shoes!...the grandstand were calling and screaming his name..amazing.

Even more bizarre after the race, I left in a car with some other people from FOM back to the hotel.....the same Bollywood star was being mobbed by a huge crowd next to the car...then suddenly our car door was opened he got in!....next to me...a few seconds later was then ushered out and taken to another car...very surreal!

The race was a bit of a parade with Vettel leading every lap...great spectacle though. During the race I went up to the Sponsors Suite AirTel. In the Paddock Club..packed with the wealthy Delhi middle classes. The CEO was waiting to write his piece, because Mr E had introduced me to him previously it wasn’t a problem getting him to write...nice long piece about the long wait for the Indian GP and how the whole of India will be proud....and I think it has been a huge success...huge teething problems not least a big hole that had appeared in the paddock during the race...fork -lift trucks arriving to move containers...that’s when the hole appeared..quite dangerous..but somehow..because it's India...one just accepts it

....On a serious ending the new wealth in this vast country really has to be distributed to all ...but that trip took to Agra has left me with a bitter taste ...never seen that sort of Poverty before .and yet along side this is the new India.... with it's booming economy....fast economic growth..doesn't sit comfortably.

Posted by Formula 1 official artist at 01:00